What do you do if you’re firmly in a category that’s fallen out of favour, like bread? US bakery Angelic Bakehouse asked itself that question – and decided to push back with a “body-positive” campaign on Instagram and Facebook that “sets out to dispel myths around diet culture and carb-shaming”.

“For almost 10,000 years bread was a cherished part of mealtime,” says the company. “What happened?”

Called BreadBod, the campaign – which will run on television as well as social media – “aims to inspire consumers to celebrate elevated carbohydrates and feel good about incorporating the better-for-you bread, wraps, pizza crusts and more into a wholesome, well-rounded diet”. 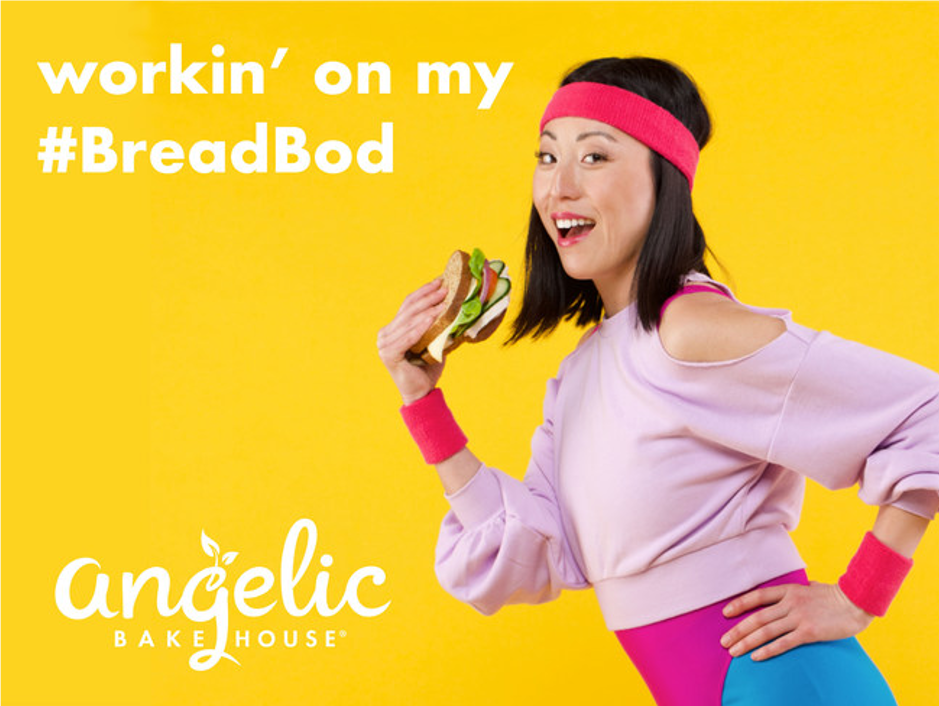 Why “elevated carbs”? Because Angelic isn’t touting just any old bread. It has built its business on sprouted whole grain baked goods, and all of its products are non-GMO, vegan, allergen friendly, free of seven of the top eight allergens, except for wheat.

“Angelic Bakehouse has built its mission around the notion that you shouldn't have to sacrifice,” says the company. “Not giving up taste for nutrition. Not avoiding all carbs for a life of overly processed foods or lettuce wraps. Health-conscious consumers shouldn't have to deprive themselves of the goodness of bread.”

"At Angelic Bakehouse, we love being bold and we won't sacrifice. As a mom I'm always on a quest to find foods that are the perfect balance of taste and nutrition. Healthy carbs should be part of what you're eating," said founder and CEO of Angelic Bakehouse, Jenny Marino. "The BreadBod campaign is our rebellious mission personified, and we are so excited to be a voice in the industry that promotes wholesome food and zero restrictions."

"The BreadBod campaign underscores the fact that there is no uniform version of what a healthy body looks or eats like," said Rebecca Coleman, founder of Something Massive, the creative agency behind the BreadBod campaign. "With fad diet followers on the offensive against carbs, we wanted to create an almost counter-culture campaign that celebrates real food and gives people permission to enjoy bread again."

Recent blogs
Meet Chikaraka - the yoghurt that is dairy-free but not plant-based British consumers show dual appetite for health and indulgence in snacking Can barley be the next oat milk? Grains’ bid for a place in plant milk business General Mills regen ag pilot takes off in dairy 20 Opportunities to reinvent traditional foods