Too good to waste?
Mikaela Lindén

Do you think it’s OK to eat food that’s past its ‘best before’ date? Always? Sometimes? Never? According to Danish company Too Good to Go, the answer is – often.

In a bid to cut food waste, the company has launched a consumer education campaign called Ofta Bra Efter, meaning Often Good After, in Sweden. The campaign has run under different names in 11 European countries so far and was known as the Look, Smell, Taste, Don’t Waste campaign in the UK in 2020.

Products carry a label next to their ‘best before’ date, which informs consumers that the product is often good even after that date and that they should test by looking, smelling and tasting the product before throwing it away. Companies that use the label range from global giants like Unilever and Danone to small family-run bakeries. 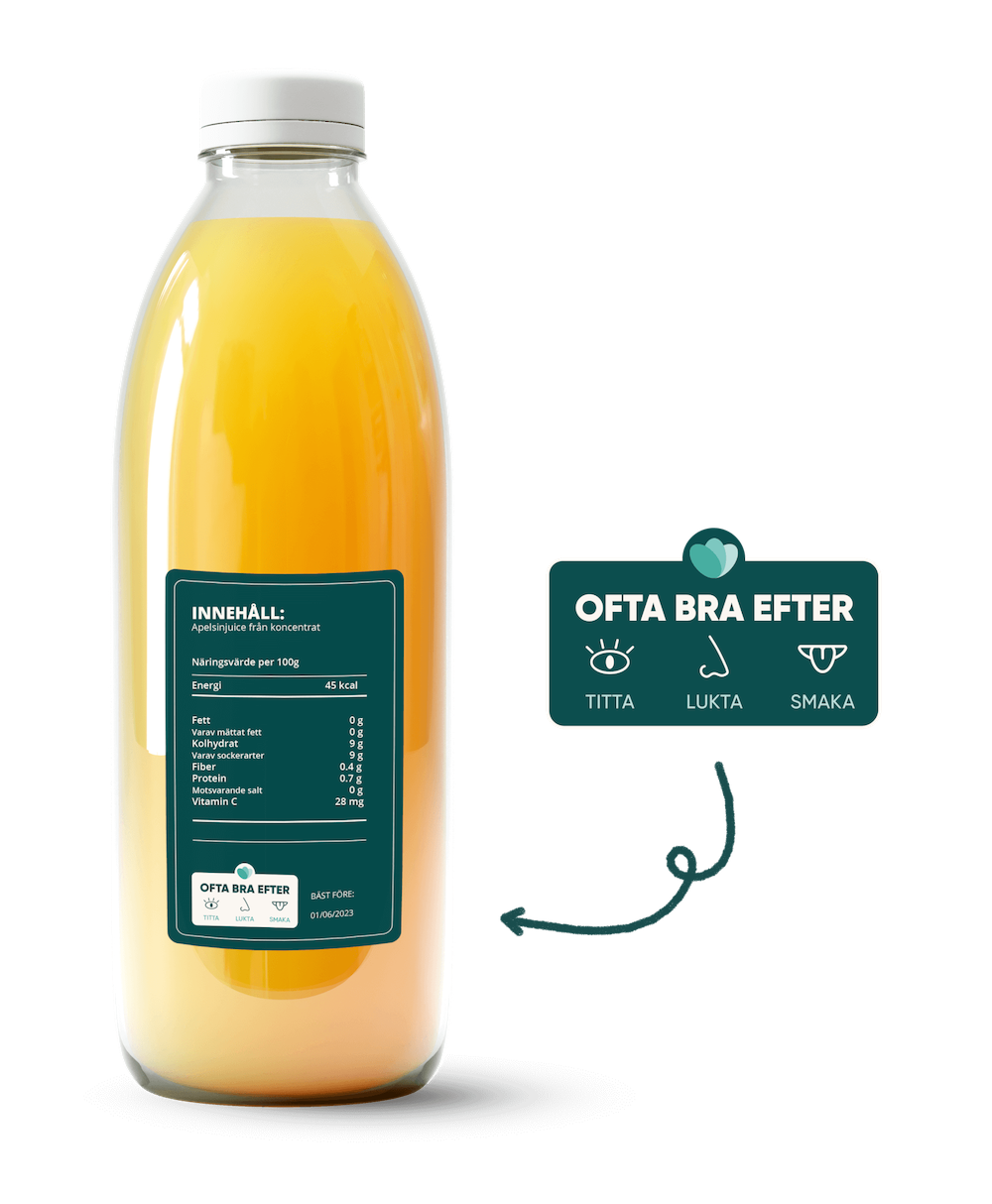 Too Good to Go started with an app which allows consumers to buy leftover food from restaurants and retailers at a reduced price. That app is now the world’s biggest marketplace for leftover food and the company is extending its impact with national campaigns like Ofta Bra Efter.

Having the support of government bodies is not going to hurt, and this is exactly what Too Good to Go has achieved in Sweden. The Swedish National Food Agency is actively encouraging food manufacturers to use an 'often good after' label – of any kind, not necessarily the one from Too Good to Go. The agency bases this recommendation on its own 2021 survey which found that 81% of consumers said that they think they would throw away less food if the products carried Often Good After labels in addition to a ‘best before’ label. Meanwhile, almost all (91%) of the 403 survey respondents said that they understand that most food is perfectly edible even after the ‘best before’ date.

Around one third of the food produced for human consumption globally gets thrown away, which amounts to losses of roughly $680bn in industrialized countries and $310bn in developing countries, according to the UN’s Environment Programme.

Recent blogs
Tackling climate change from the roots up A chocolate cookie rooted in vegetables Air nuts and cheeseburger jerky - observations from London Challenge Butter proves that fat = flavour Reinventing a familiar protein Vegan chocolate brand launches products made with grass-fed dairy Too good to waste? A ryevolutionary launch Plant-based dishes hit hard by the pandemic All not well for Pepsi's Driftwell